General Walking in the rain

Walking in the rain 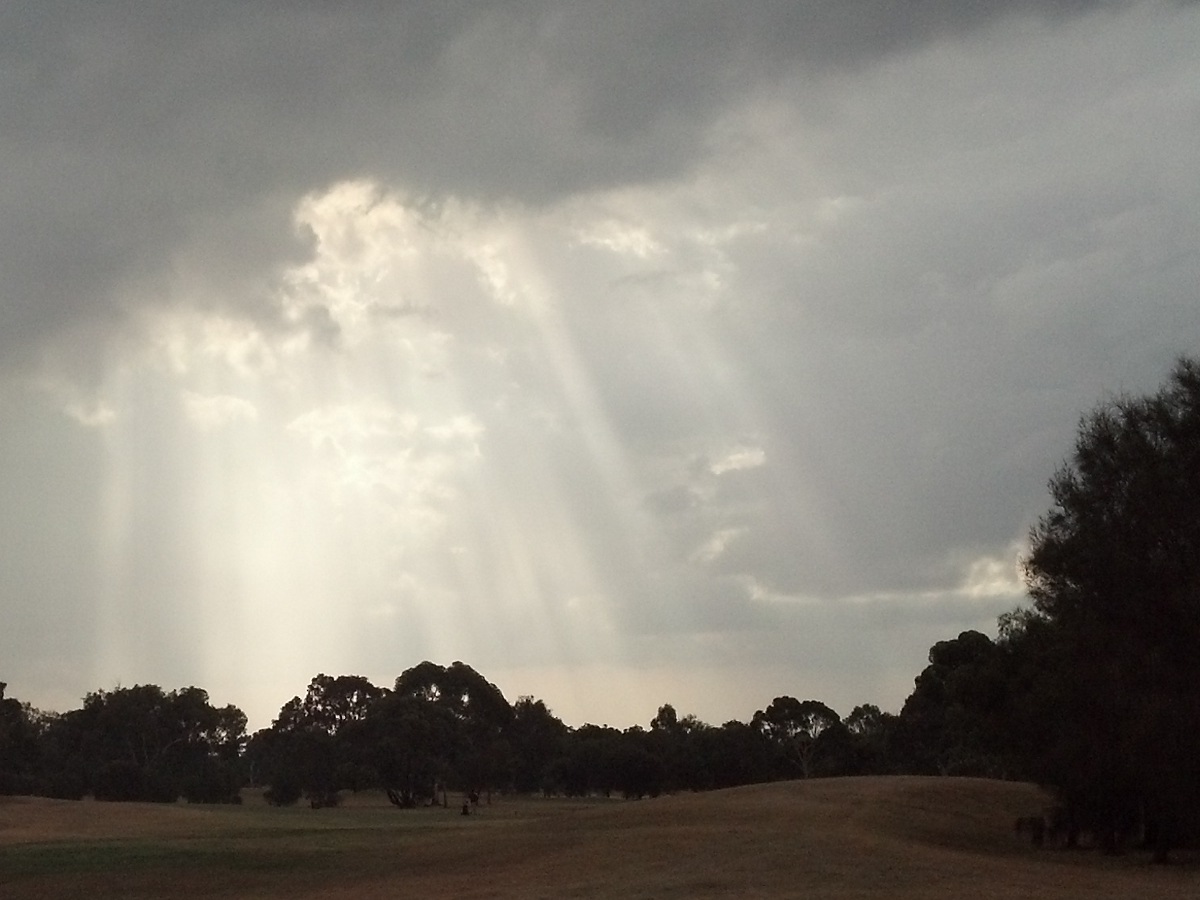 So today I decided to go for a walk with my dog (Jessy), it was warm but not overly hot and fairly early in the day. I figured since it was early, and I usually go out later in the afternoon that I would try and push myself a little harder. So I walked as far as I usually do before I turn around and head back. Then I walked until the path ran out and decided to keep going to try and find a new walking trail further up. Eventually I came to a highway and crossed over, on the other side was a path. I had never been on this path before, so I had no idea where it was heading, but none the less I pushed on.

After a few kilometres this path ended too, but there was a grassy field ahead, so I decided to push on and walk into it. I followed it around and couldn’t see where the field ended or whether there was a dead end, but I kept on walking. Eventually on the left I saw a clearing with what looked like some worn tyre tracks. I followed this track, passing beautiful scenery and country homes and eventually came to a road. My intuition said to head right, so that’s exactly what I did. I kept going until I got to the end and turned left, up ahead I could see a semi major road. I had no idea what road it was, but I was pretty sure I should turn left and so I did. While walking up this road I came across some people and asked them where I was and when they told me, I couldn’t believe how far I had come.

As I got further up the road there was a familiar round-a-bout and I knew where I was. But I guess, just to change it up a notch, it started to spit. Not long after it started to rain quite heavy and soon after that it absolutely teamed down. Which was awesome, since we haven’t had any rain in months and everything is dying. I saw rain clouds before I headed out, so I had already decided that if it did rain – I would embrace it. As it poured down, I felt empowered and that I was connected to nature, and to God. I felt a remembering of what it was like before, when I was in a more spiritual mindset – a simple thing, like walking in the rain – such a powerful thing. I felt as though, it was a gentle nod that some day soon I would get my grace back (what I call grace may require some explanation  which I won’t do today).

I was drenched, Jessy was drenched. My shoes felt like they were literally full of water, that if I was able to stop and tip them upside down, that water would pour out. None the less, I was happy, this was in fact awesome. Won’t you get sick, you might ask? Why would I? There is absolutely no logic behind the notion of a healthy person getting sick from walking in the rain, sadly though, most people aren’t healthy. The human immune system is an incredible thing, much more impressive than we are allowed to give it credit for. Also, I never get sick, I am a raw vegan after all – and even when I was just a vegetarian I still never got sick.

Anyway, we eventually made it home safe and sound. We ended up walking for 3 hours and a total of 17.75km (11 miles) and I burnt 1600 calories, which is pretty much everything I had eaten that day and then some (a 200 calorie deficit). Sure, the WalkMate Android app might be mistaken about how many calories I burnt – but it does take into account my height and weight.

During the walk I was inspired to walk from Victoria to Queensland, this seemed like I would need someone to drive ahead of me (to have food for myself and Jessy). So then the idea became a little large, to have “The Great Fruit Run”. Essentially a fundraising run/walk that also promoted the fruitarian lifestyle by providing free fruit to participants. The fundraising would be for my other project on the horizon “Tribal 2”, an eco village to give people like myself and like minded people a “way out” of the system. And also a means to house the homeless and elderly. Anyway, that’s a topic for another day. When I had the idea for “The Great Fruit Run”, I saw the parting of the clouds and the heavenly light shining through (as shown in the picture above). I saw this as a sign I was on the right track. So, I have now registered fruitrun.org 🙂

Remember, you don’t have to follow someone else’s path. It’s often better and more rewarding to follow your own path, even if it looks like you might get lost if you follow your heart, you will never go wrong. That’s the spiritual lesson, in case you missed it 🙂 Oh, and a little rain won’t ruin your day.

Keep your stick on the ice.